It’s bitter sweet to say that ErraticLakwatsero is now WeGoTheDistance.

I created WeGoTheDistance with the same principle as this blog. However, as time changes, so my blog is. 🤣 I will not delete this but it will no longer be updated.

I am currently living in Bermuda as an expat, so I decided to start “WeGoTheDistance” to share my collection of adventures and experiences here in the island and beyond to the rest of the world. “We” denotes YOU coming along with ME in my journey. I hope you will go the distance with me as you read my posts.

If you are currently following me here, I migrated all of your emails in my new blog. Hope you will still be with me. Let me know if you want me to remove you instead.

Please follow me on my new home. Through the power of reading and imagination, we will go the distance together. Who knows someday, you and I will be on the same adventure trip. Sharing life and travel experiences.

Fort Scaur Hill Park is in Somerset Island located at the west end just a few meters after Somerset Bridge when you are heading towards the Royal Naval Dockyard. 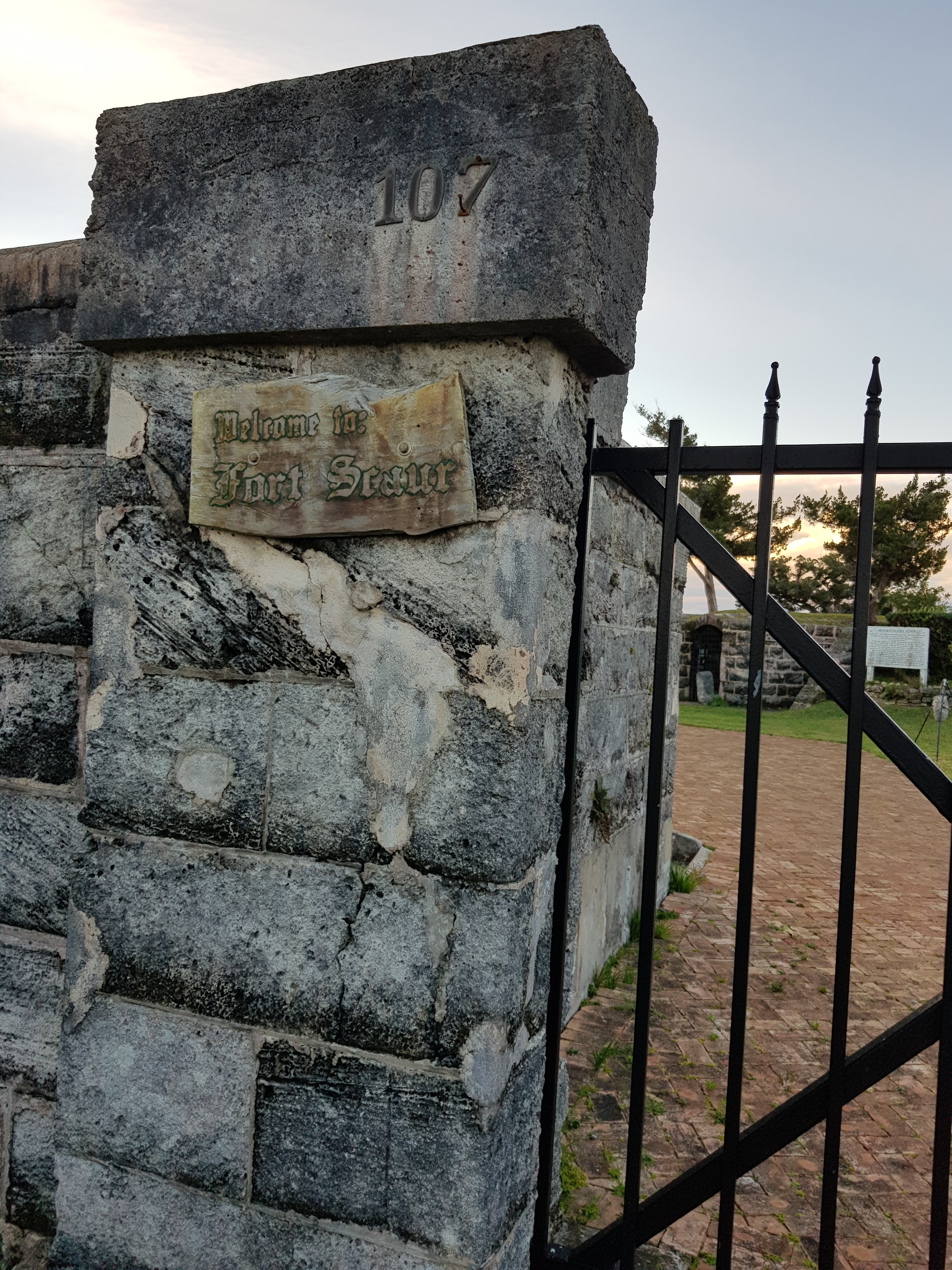 The construction of the fort begun in the 1860’s during the time of troubled relations between Great Britain and the United States.

Snapshot of the fort’s aerial view from one of the exhibits.

A short narrative on one of the exibits inside the fort states:

“This fort was intended to protect the landward side of the Royal Naval Dockyard against any enemy attack from the south shore beaches.

Completed by the Royal Engineers in the 1870’s, it was known as the Somerset Position (later Fort Scaur). This defensive work was in essence a massive dry moat that cut across the entire island. Virtually invisible from the sea, it was a hybrid of traditional “pentagonal” fort design and the new “open” battery system.

Defenders could also fire an attacking infantry from the protective parapet, counter scarp galleries and a small Caponier or guard house.”

The park can be accessed through the main entrance via the Somerset Road. There’s a wide carpark and picnic area on top of the hill.

Or through a short nature trail via the Railway  Trail. 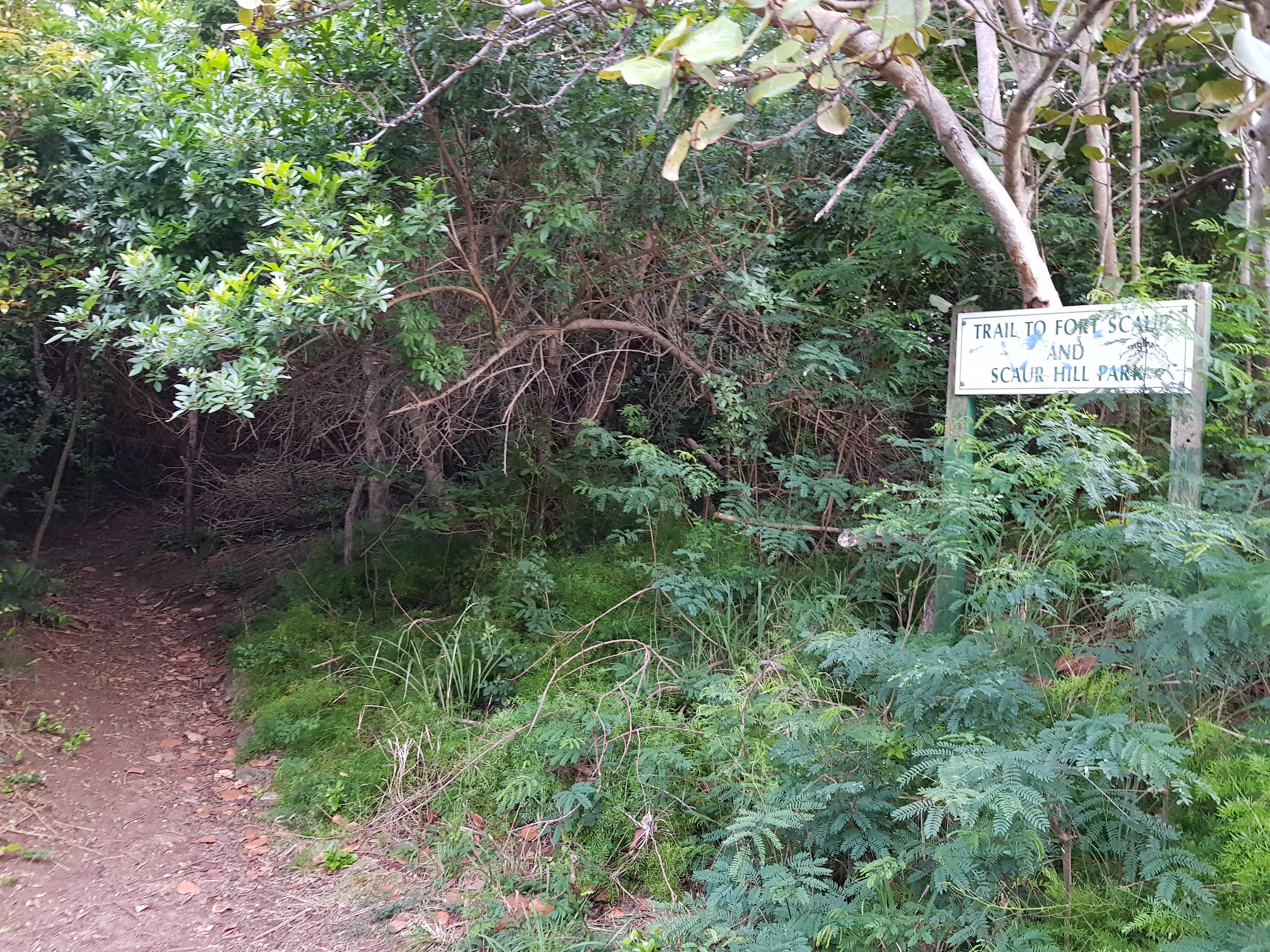 There are various underground rooms within the complex.

You can go and explore the rooms. Lights are installed for easy access.There are exhibits in some of them, others are just filled with empty spaces.

The underground rooms remain cool even if it’s hot outside.

I did not see any dungeon or maybe there’s one but I just don’t know where it is located.

There’s a wooden throne 😆 beside the car park.

There are seasonal flower blooms. 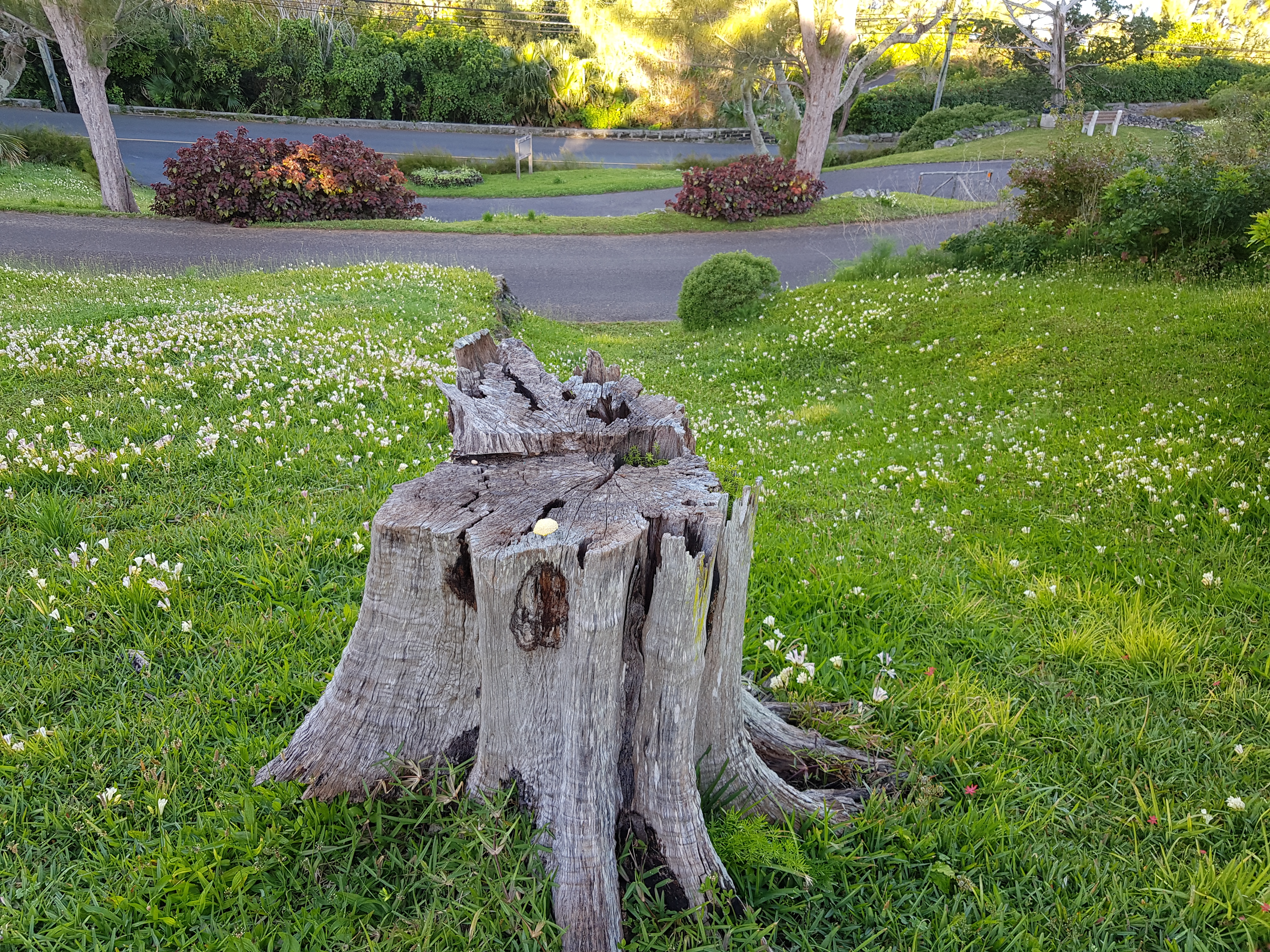 Usually they bloom around March-April, just before winter ends and within the first weeks of spring. Perfect time for travel. 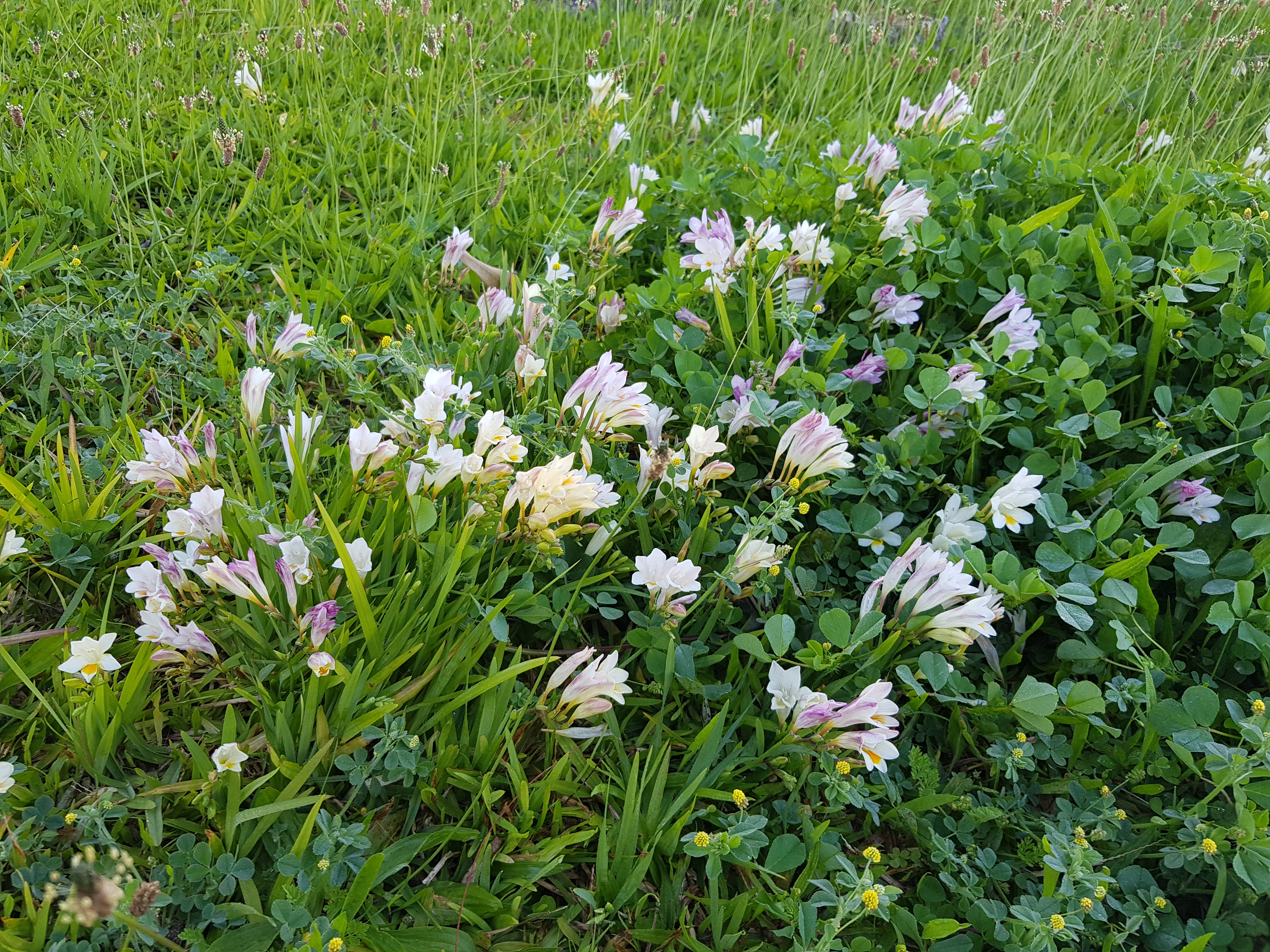 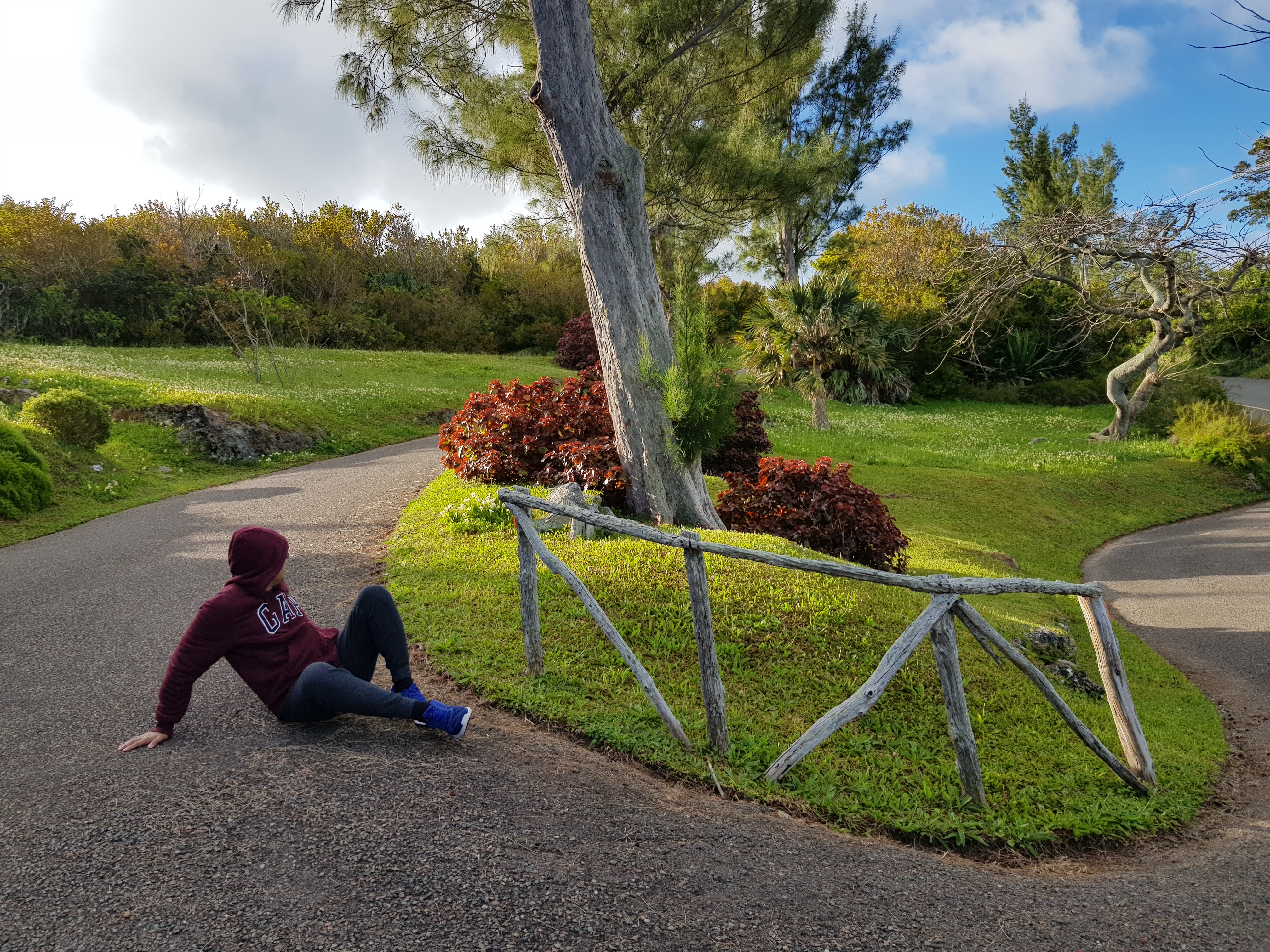 How to get there?

If you are coming from Hamilton City or the Royal Naval Dockyard, take Bus #7 or #8 and let the bus captain know you are getting-off at the bus stop nearest to Fort Scaur Hill.

If you have a few more bucks to spend, you can take a taxi or hire a scooter.